Posted on January 1, 2017 by septicskeptics

The lifelong dedication of pseudoskeptics to irrationally attacking religious and spiritual institutions and ESP is so gross and organised and widespread and so robotically repeated by thousands in lockstep, that one suspects it’ some kind of undiagnosed illness. Or orchestrated. Or both.

Website subversive thinking has put some effort into researching this and come up with some surprising connections between ardent atheism in its various forms and a publishing empire called Prometheus Books that has the same founder as CSICOP the peak organisation for irrational skepticism and atheism. (James Randi, Richard Wiseman, Michael Shermer etc)

Just the first few paragraphs are presented here about the type of material coming out of the Prometheus Publishing empire.

It will explain the pseudoskeptic pathology as having an alarming dimension.

With links you can check yourself. 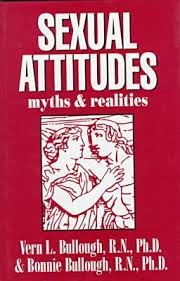 Prometheus Books is the leading publisher of pseudoskeptical, materialist, secular humanist and atheist books in the US.

According to Wikipedia “Prometheus Books is a publishing company founded in August 1969 by Paul Kurtz who also founded the Council for Secular Humanism and co founded the Committee for Skeptical Inquiry.  He was chairman of all 3 organisations and passed away in 2012. Prometheus  publishes a range of books including many about science, especially those of a skeptical nature.

Well if you enter the Prometheus books website and see the section on Human Sexuality, you’ll see titles explicitly or implicitly endorsing promoting and justifying   with pseudo-scientific and “rationalistic” jargon pornography, prostitution, pedophilia, sado masochism, zoophilia, and other sexual aberrations and perversions.

In other sections you’ll see titles supporting abortion an infanticide, or weird behaviours like transvetism.

The original “Human Sexuality” section of Prometheus Books catalog was edited CSICOP/CSI Fellow and International Academy of Humanism Secretariat Dr Vera Bullough who according to Wikipedia was a “member of the editorial board” of Paidika: The Journal of Pedophilia

The pseudo-scientific and immoral journal (PAIDIKA) was a pro-paedophilia journal.

According to Wikipedia  The Journal of pedophilia (1987 – 1995) was journal published by the Sticjting Paidika Foundation. Articles drawn from it are available from a number of pro pedophile websites. Its editor was Joseph Geraci, and the editorial board included articles by writers Fritz Bernard,  Edward Brongersma, prof Vera L Bullough and DH (Donald) Mader, some of whom campigned as pro-pedophilia activists.

In this link Bullough is mentioned as someone “who accepts the conclusions of Wilson & Cox (1983) that people with pedophilia are quite normal people who should not be demonized. Some behaviour might be socially incorrect, but that is not the same as pathological. As long as these people limit themselves having fantasies, nothing is wrong. If some people have to change their behaviour, this is a case of re-educating those people, not of treatment or curing an illness”.

People with pedophilic  feelings are normal people? Would YOU swallow such nonsense?

According to Wikipedia “according to the Diagnostic and statistical manual of mental Disorders” (DSM) pedophilia is specified as a form of paraphilia in which the person either has acted on intense sexual urges toward children, or experiences recurrent sexual urges towards and fantasies about children that cause distress or interpersonal difficulty.

The disorder is frequently a feature of persons who commit child sexual abuse.

However some offenders do not meet the clinical diagnosis standards for pedophilia. In strictly behavioural contexts, the word “pedophilia”  can can also be applied to the act of child sexual abuse itself also called “pedophilic behaviour”.

Pedophiles are not “quite normal people”, they suffer a mental disorder and their behaviour may be potentially destructive to children. The use of euphemisms is a well-known tactic to defend  censurable doctrines and beliefs.

According to an article by Dr Judith Reisman commenting on World Pornography Conference ” The conference featured Paidika The journal of pedophilia editor Vera Bullough and his pedophile editorial colleagues John De Cecca, daniel Tsang and Wayne Dynes– all professors at major American colleges.

Why was a Secular Humanist  (Professor Bullough) a professional atheist, a member of the editorial  board of a pro-pedophilia journal like Paidika? Why does the “skeptical” atheist and materialist publishing house Prometheus Books endorse this kind of behaviour with its books? Is that part of a materialist and metaphysical naturalist agenda to destroy the values of society? I’ll attempt to respond to some of these questions later. Keep in mind Prometheus Books publish other titles about different topics, including philosophy and science (and I don’t doubt these titles have some value, but it doesn’t justify  promoting of sexual aberrations like pedophilia. Also perversions and aberrations can be seen in religious people too, but again, it doesn’t justify some naturalists aberrations and perversions, moreover you’ll hardly see any Christian or Jew or other current religious organisation promoting these practices as done by Prometheus Books.

For the moment, lets see some tiles of this “skeptical” and “humanist” publishing organisation.

S&M Studies in Dominance and submission  by Thomas S Weinberg

Raw Talent : The adult Film Industry as seen by its most popular Male Star  by Jerry Butler

The Horseman: Obsessions of a Zoophile by Mark Mathews with an introduction by Vera Bullough (The above mentioned editor of Paidika)

Whips and Kisses: Parting the leather curtain by Mistress Jacqueline

But who is its author? According to Wikipedia Magnus Hirschfeld was “a Gay German Jewish Physician, sex researcher and early gay rights advocate”.

An intermediate sex between men and women? What the hell is that ?

In his book on Uri Geller, journalist Eric Margolis wrote” One book on  the Prometheus book list is a British academic book on child  abuse.  Children’s Sexual Encounters with Adults  republished in the US.with a bright red jacket on which the title is printed in bold black letters  three quarters of an inch high  presumably for the benefit of short-sighted researchers into child sex.

The book consists of hundreds  of detailed case histories  of adults having sex with children. Other Prometheus texts have little claim to being academic.

Cannibalism: from sacrifice to Survival

The Horseman: Obsessions of a Zoophile   (animal sex obsession)

The breathless orgasm:  A love map  biography of   Asphyxiophilia

Death Dealer The memoirs of the SS Kommandant of Auschwitz

How are we to explain these titles? Remember that metaphysical naturalists, secular humanists, and materialistic atheists ( militant atheists)  don’t believe in objective values (bear in mind this point because it’s absolutely essential to understand the psychological and ideological motivation behind such titles) They have a purely negative philosophy (ie a philosophy based on the negation of traditional relgion and its values)  If they are consistent, they have to embrace relativism and subjectivism in moral topics. According to Richard Dawkins– Now if you then ask me where I get my “ought” statements from that’s a more difficult question. if I say something is wrong, like killing people,I don’t find that as nearly as defensible a statement as “I am distant cousin of an orang-utan”

If its true then, pornography, pedophilia, infanticide, sado masochism, rape, zoophilia suicide, drugs and killing people are not intrinsically bad or wrong. In fact. Dawkins conceded the latter, when complementing the above quote, he said,  The second of those statements is TRUE I can tell you why it’s true – I can bore you to death telling you why it’s true. It’s definitely true. The statement “killing people is wrong”, to me, is not of that character. I would be quite open to persuasion that killing people is right in some circumstances.

1/ that Dawkins has no objective  standards of value

2/ he is not specifically referring to self-defense

“so his killing people is alright under certain circumstances”  is an open and unspecific statement, fully consistent with the metaphysical naturalist and secular human belief  that human life is not an absolute.

And therefore killing people is not intrinsically bad.

For them, there is no such thing as an absolute value in the universe.

In fact, according to Dawkins,  this Universe has a lack “”at the bottom”of anything like “good” or “evil”.

The universe we observe has precisely the properties we should expect if there is at the bottom, no design, no purpose, no evil and no good, nothing but blind pitiless indifference. (River Out of Eden page 155)

As said, if the Universe lacks any moral properties or values, then any moral value is objectively non-existent.(because it is not part of the universe) and any concept of value is, necessarily an arbitrary idea posed by the human mind. (which according to the materialists is an illusion because the mind doesn’t exist as such its only a name for some cerebral processes. Also Dawkins documentary title “The Root of all Evil“  loses any moral or logical meaning  and its use is sheer rhetoric, since according to Dawkins, Evil doesnt exist as part of the universe (yet he states — Evil religious beliefs are part of this universe , Right?

Thus how could  religion be evil in a universe where evil doesn’t exist?

Dawkins doesn’t seem to be interested in logical consistency and rationality.

Actually Dawkins has conceded that morality is relative.

Science has no method of deciding what is ethical.

That is a matter for individuals and society. (A Devils Chaplain p34)

So now, can you see, dear reader,  how Dawkins is campaigning for the NO RULES fraternity, campaigning to enable pedophilia to propagate sexual perversions as normal, and all of his pseudo-intellectual  BS book writing is to that end?

And his HQ is CSICOP now CSI, with Randi, Shermer, Neil Degrasse Tyson etc     Is it making sense now ?

This entry was posted in Uncategorized. Bookmark the permalink.