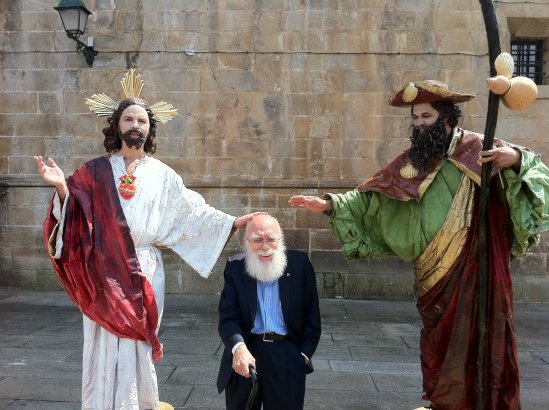 By  Michele Landsberg in the Toronto Star Sunday, Febuary 11, 1996.

Recovered memories of incest – and the charge that those memories are false – may seem to be an obscure topic. But judging the torrent of letters to The Star, with regards to my two recent columns, the subject is dynamite. And, just as I indicated a couple of weeks ago, it’s gunning to explode right in the face of its inventors. Child Abuse accused parents who created the False Memory Syndrome Foundation claim that unscrupulous therapists are creating completely false recollections of incest in the malleable minds of previously happy young women. The reception given to this rickety theory by the media – hundreds of articles, radio broadcasts, TV interviews, documentaries and news releases – should give us pause.

The fact the public might be conned by an overly aggressive media campaign is unprecedented. But that journalists themselves should so unquestioningly accept inflammatory, often luridly biased, attacks on incest survivors is most disturbing. News reports echoing the foundations propaganda, frequently denounce “aliens, witches, fairly tales, UFO’s” in the same breath as the agonizing memories of people who were raped in childhood.

True, some therapists may be inept and some accusations are surely mistaken or false. Researchers estimate that about 5 per cent of any criminal allegations are false. That small number, however, can’t justify the huge publicity given to the proponents of “false memory syndrome.”

Dr. Elizabeth Loftus is another case in point. She is a prolific research psychologist – with no clinical experience and no expertise in child sexual abuse or traumatic memory – who criss crosses the continent as a highly paid witness for the accused. A current Psychology Today profile practically drools with admiration, not least over her cream-colored Mercedes and fancy home. Some observers estimate that, according to her own boasts, Dr. Loftus must have earned between $3 million and $5 million as an expert witness – for hire – she even testified on behalf of mass murderer Ted Bundy.

She’s also a much-quoted and admired researcher into ordinary memory. Why, then, after 20 years of active commitment to the American Psychological Association (APA) – most recently as a member of the task force on recovered memories of childhood abuse – did Dr. Loftus suddenly quit the APA in January? Her resignation letter accuses the association of moving “far from scientific thinking and more toward therapeutic and professional guild interests.”

Only weeks earlier – in November and December of 1995 – two seperate ethics complaints had been filled with the APA against Dr.Loftus. Jennifer Hoult, a concert harpist and former software engineer from New York, and Lynn Crook, a Washington state education consultant, had recovered memories of severe childhood sexual abuse, found corroborating evidence, sued their fathers, and won. Hoult’s father appealed the case as far as possible, losing each time.

She was awarded $500,000 in damages and her father is now an active member of the False Memory Syndrome Foundation.

Both women challenge the way Dr. Loftus wrote about their court cases.

The rule of the APA is that no member is allowed to resign while an ethics complaint is being investigated.

Now the APA claims that Dr. Loftus did not know about the complaints when she coincidentally resigned soon after they were filed. Therefore, the APA has accepted her resignation and will not investigate the allegations. The senior ethics investigator admitted to Hoult and Crook, in identical letters, that it’s “unusual” for a member to resign in “the window of time” between a complaint and its resolution.

“Unusual” is hardly the word. Many members have voiced astonishment and anger over the association’s conduct.

In last Sunday’s column, I also referred to The Amazing Randi, a magician, and a member of the False Memory Syndrome Foundation’s scientific advisory board. A couple of readers took me to task for apparently sneering at someone because he is a magician.
No. What I had hesitated to mention is that the colorful Randi has been involved in a number of lawsuits. Part of the evidence brought against Randi was a tape of his telephone conversations, of explicit sexual content, with teenage boys. Randi has at different times claimed that the tape was a hoax made by his enemies to blackmail him, that he made the tape himself, and that the police asked him to make it.
Whichever version is true, it’s amazing indeed that such a person could be taken seriously as a scientific adviser in an organization dedicated to denying claims of child sexual abuse.

Are these ad hominem arguments? If so, I’ll accept the blame. It strikes me as urgent and necessary to talk about the character and motives of those who are causing so much harm to people who have already been grievously wounded.

Michele Landsberg OC,  is a Canadian journalist, author, public speaker, feminist andsocial activist . Landsberg is an outspoken critic of the False Memory Syndrome Foundation and is known for challenging the credentials of foundation advisors, saying that they “are people who really do have powerful motivation to deny the truth”.